As there is a new era of Game Consoles and Games, there is a market for cartridges that are made for the Nintendo DS system with more than one game - DS multicarts. And here we are, delivering to that demand! Multi Game cartridges with Dual Screen games for the Dual Screen Nintendo console including DS, DSi, 3DS, New 2DS XL all all the variations of Nintendo dual-screen handhelds.

What is so good about the NDS games? They are made especially for the Nintendo DS, so they operate on the two screens. A second perk of the NDS cartridges is that they do not have an internal battery like the Gameboy Advance cartridges, so it will not run out in due time. The third perk is the touch screen of the NDS that creates a lot of funny, entertaining and exciting ways to play games; and this Touch Screen option works fine on our multi game cartridges.

Note that these cartridges only work on the Nintendo DS and the NDS Lite, not on the older Nintendo consoles like the GBA and GBA SP. We invite you to have a look at our online store for the multi game cartridges available now, with it you can enjoy more games and pay less. If you have any questions about Nintendo 3DS carts please do not hesitate to contact us.  Best regards, Management Team

The History of Multi Games Cartridges

Nintendo themselves even released multicarts, often bundled with their NES systems or peripherals. By far and away the most common of these is a two-in-one cartridge Super Mario Bros./Duck Hunt, which was the pack-in cartridge for most of the system's heyday. Another common one adds World Class Track Meet to those two games; this was boxed with NES systems that included the Power Pad accessory. Other Nintendo-released multicarts include Short Order/Eggsplode, Donkey Kong Classics, and Nintendo World Cup/Super Spike V'Ball.

The Quattro series, from UK Codemasters (released by Camerica in the US). There were three in this series (Arcade, Adventure, and Sports), each containing four original games that fit the appropriate theme. Super Mario Bros./Duck Hunt Final Fantasy I-II: A rare game released only in Japan containing the first two Final Fantasy games.

The official Master System multicarts were labeled "The Combo Cartridge" on the box, as opposed to the "Mega Cartridge" and "Two-Mega Cartridge" labels placed on single-game cart boxes.

Q: Are all games on the NDS multi cartridges in English?
A: Yes, English is the basic language of all the games, but some games do have multiple languages selection.

Q: Do you have this particular game on your site?
A: You can use the product search function to find the game you wanted. For example, if enter Nintendogs in the search column, and you will see a list of cartridges which contains the game.

Q: Will these games damage my Nintendo DS?
A: No. The games play the same like the single game cartridges. The cartridge itself is made to perfectly fit the slot on the DS and does no damage. However, if you will not play with the DS for a while, do take out the cartridge and safely store it in the protection box that comes with it.

Q. Do the cartridges always contain the games on the cover art?
A: Yes, the print out is specially design to the partricular cartridge, the list at the back of the box is the list of game in the cartridge.

Q: Do I have to pay import TAX on these games?
A: No - you don't have to pay any taxes when the package arrives. This is because we post the cartridge as a gift, and give it a low value. The worldwide laws on gifts of low value are that there are no hidden taxes you have to pay as a receiver.

Q: How can I pay and is it secure?
A: We do not receive or ever request any customer’s credit card details. Credit Card processing is done via a secure gateway - PayPal. We get an e-mail with the details of the games bought and a postal address only.

Q: Can I pay through check or postal orders?
A: Sorry, we only accept payment online via PayPal.

If you have any other question which you can't find it here, please feel free to contact us.

You don't have to pay any taxes when the package arrives. This is because we post the cartridge as a gift, and give it a low value. The worldwide laws on gifts of low value are that there are no hidden taxes you have to pay as a receiver.

If you are not satisfied with www.ndsgamestore.com products for any reason, you can return it to us within 7 days from the date of received. We will refund you the total purchased amount after deducting GBP10.00 as service charge and re-stocking fees.

The shipping charges are not refundable and if you return the products to us, the return postage charges will be paid by yourselves.

If the item is defective or damage in transit, we will replace you a new one after an investigation has been made. You need not pay any additional charges for the replacement process.

If you wish to cancel your order with us, please email or fax to us within 2 hours from the time of your order, after that we will not accept any cancellation unless the ordered item has not been sent yet. We will refund you fully for a successful order cancellation.

Please inform us before you send anything back to us. Thank you.

Cartridges for the Nintendo DS with more than one game. 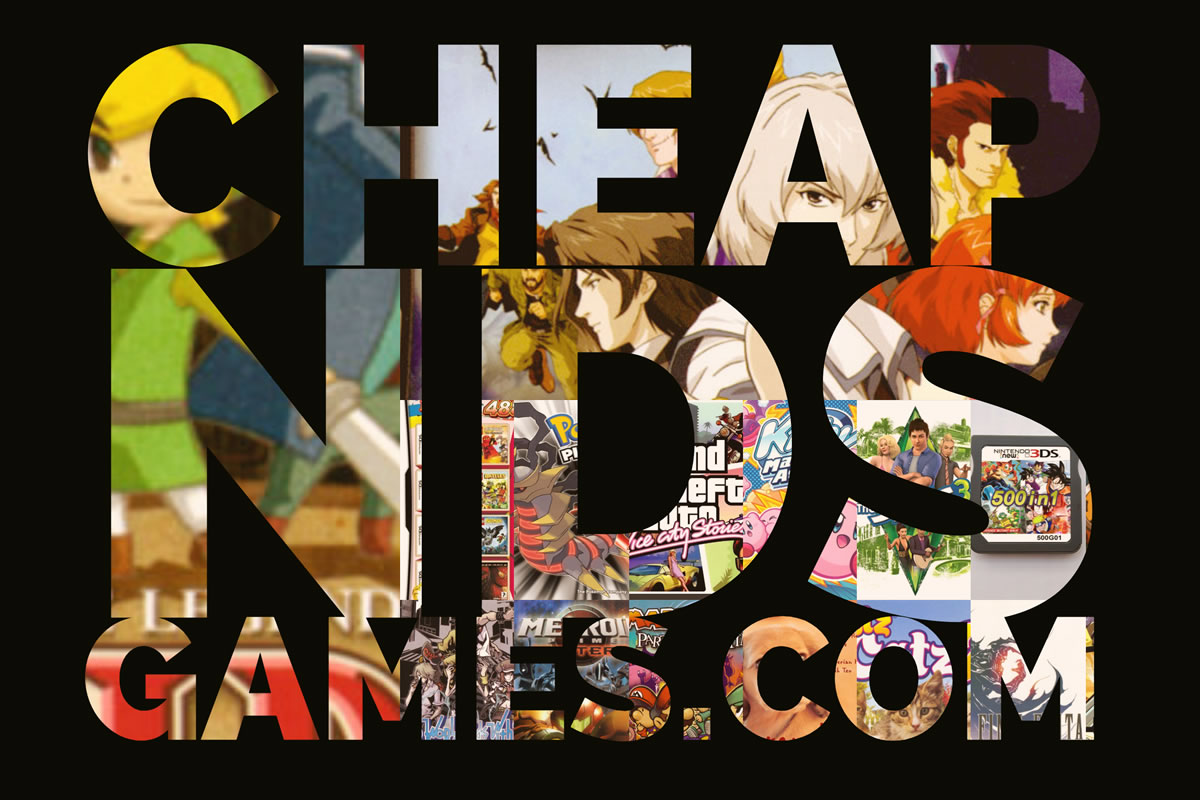